If you understand the facts, you know that keeping your mouth clean
and healthy is as important as proper nutrition and exercise!

The following steps are recommended to
properly clean your teeth each day.
(Each procedure is described in more detail further down the page.)

2) Floss at least once per day.

*Note: The mouthwash I use is whatever my wife happened to buy. I am not picky. You use whatever you want, as long as it kills the bugs.)

2) Use the Sensitive brush head. 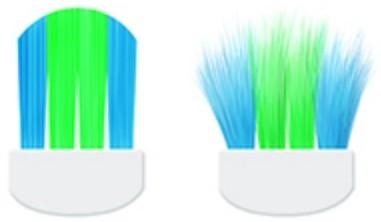 The following video shows how to brush with a Braun Oral-B powered toothbrush:

Gum recession occurs when the gum tissue on the neck of the tooth "shrinks" away from the crown of the tooth and exposes the root. 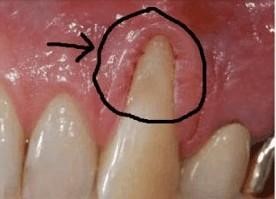 Gum recession is caused by the type of toothbrush bristle used. A bristle that does not cause recession must: 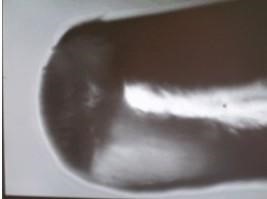 Microscopic view of a rounded and polished bristle tip. 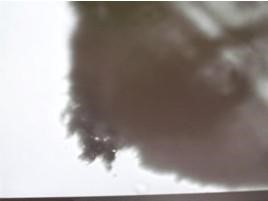 The Sensitive toothbrush head of the Oral-B Professional powered toothbrush has rounded and polished bristle tips.

Abrasion is caused by the overly abrasive particles in toothpaste.

The next video (below) discusses tooth paste abrasion and the enamel pellicle (also known as the dental pellicle, the acquired pellicle or just pellicle). As the video explains, you do notwant to remove the pellicle when you brush our teeth. Highly abrasive toothpaste remove the pellicle which makes the tooth prone to abrasion (wear) and sensitivity.

What is the Dental Pellicle?
The pellicle is a layer of adsorbed salivary proteins and other macromolecules on the dental enamel surface approximately 10 micrometers thick. 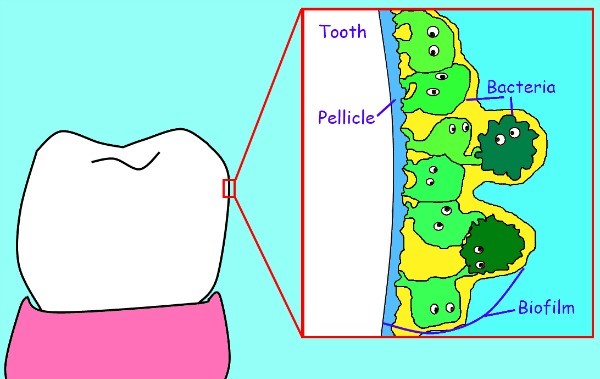 When you brush (with low abrasive toothpaste) and floss, only the plaque (biofilm or bacteria) is removed. The pellicle remains on the tooth (this is what you want). 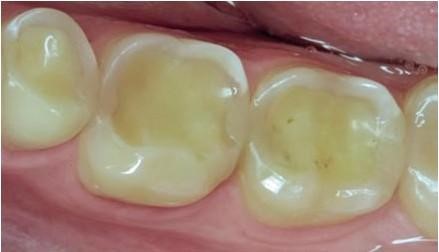 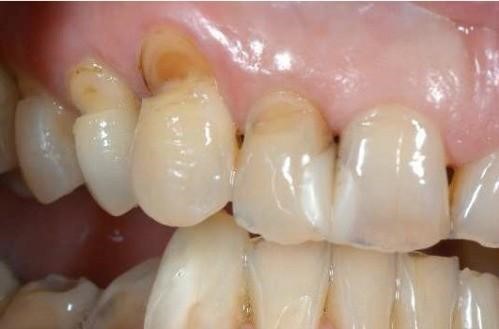 Some of you want to use baking soda as an alternative to toothpaste. The proper mix for making is 1 part baking soda to 3 parts water. This will make a minimally abrasive paste.

I love my patients, but my biggest issue with them is flossing. I preach continuously about the need for proper flossing; some of them "get it", but many do not. Proper flossing first requires consistency. It has to be done once/day. The second issue is incorrect technique. I routinely hear patients tell me how they floss the "way you showed me." Then I have them demonstrate it to me, and, sure enough, they are not doing it correctly.

Flossing = Under the gums, against the teeth (every day)

I highly recommend the Reach Floss Stick because it makes flossing so much easier! (see video below).

Flossing around a bridge:

The following videos show how to floss around a bridge:

One last point about flossing: Ignore anyone who claims that flossing does not decrease dental disease. This claim is completely ridiculous.

First thing to inderstand is that Irrigation (using a "Waterpik") does not replace flossing. If you heard it can, that claim is incorrect. Irrigation cannot reach the deepest part of the gum pockets around your teeth. With that said, irrigation as an adjunct to brushing and flossing is beneficial and I encourage it.

You can use either a sink/shower irrigator (Oral Breeze) or a counter top irrigator (Hydro Floss). Sink and shower irrigators are more convenient to use but you can only irrigate with water (cannot use an antimicrobial solution).